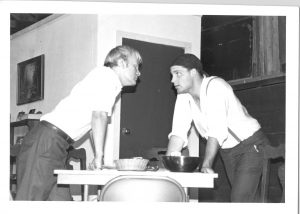 A Couple of Thoughts:

In the past four years as a college student I’ve had quite a few living arrangements. I’ve been in singles, doubles, apartments with three other people, and apartments with five other people. Moving in with someone new can be an overwhelming experience – it can be challenging to adjust to living with people with different habits and outlooks than you. I won’t get into roommate horror stories, but I’ve been fortunate to meet some great people and make amazing friends.

I think any soon-to-be college student should watch The Odd Couple, a hilarious take on what happens when two totally different personalities collide. The neat, uptight Felix Unger moves in with his sloppy friend Oscar Madison during marital troubles, only to discover that living with one another is not easy either. Although this play premiered on Broadway in 1965, it remains timeless. For those who haven’t seen it, look through these beautiful black and white photographs of the Depot Theatre’s production of The Odd Couple in 1986. 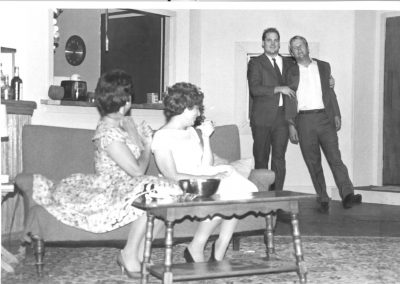 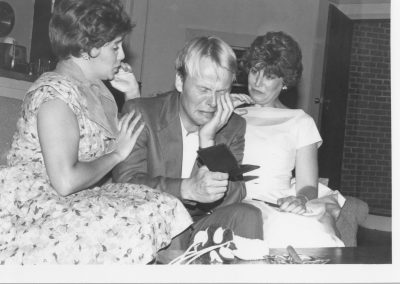 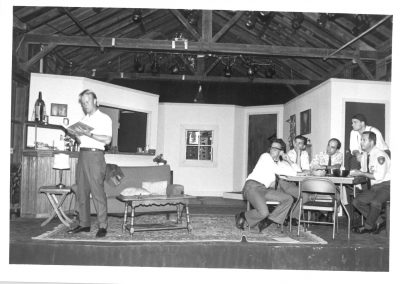 About the Depot Theatre Archival Project:

Lindsey Poremba is a senior at Skidmore College. She is from Brookline, New Hampshire, but in the past few years has grown to love living in upstate New York. At Skidmore, she is studying art history and arts administration, which led her to learn about the Depot Theatre, and the Westport community. This semester, she is continuing the work of archiving visual materials for the Depot Theatre.

Note: The Depot does its best to identify photos and other materials in our archives. Given the 40-year span, there may be missing or incomplete information. We welcome any additional information, corrections and edits that will help complete the archive for years to come!