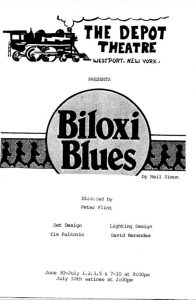 As the Depot Theatre approaches its fortieth anniversary season, I wanted to take a look at what other landmark anniversaries the Depot has celebrated. In 1988, the Depot Theatre kicked off its tenth season with a great repertory – Biloxi Blues, The Gin Game, Little Shop of Horrors, and Galileo. Biloxi Blues, the season opener, is the second installment in a series of semi-autobiographical plays by Neil Simon. The Depot Theatre put on the first play of Simon’s series, Brighton Beach Memoirs, the previous summer in 1987.

Look through the playbill of Biloxi Blues below to see if any familiar names stand out to you! The cast includes Sig Libowitz as Arnold Epstein, Roger Raines as Eugene Morris Jerome, and Ed Rice as Sergeant Merwin J. Toomey.

You can also check out what the Lifestyles section of the Press-Republican had to say about the play right before its opening night.  In 1988, the price of tickets for the Depot Theatre was $8 for adults and $7 for seniors and students. My favorite line of the article comes right at the end, “A word of warning: the Depot Theatre advises that some of the language in “Biloxi Blues” may be inappropriate for younger children.”

About the Depot Theatre Archival Project:

Lindsey Poremba is a senior at Skidmore College. She is from Brookline, New Hampshire, but in the past few years has grown to love living in upstate New York. At Skidmore, she is studying art history and arts administration, which led her to learn about the Depot Theatre and the Westport community. This semester, she is continuing the work of archiving visual materials for the Depot Theatre.

NOTE: The Depot does its best to identify photos and other materials in our archives. Given the 40-year span, there may be missing or incomplete information. We welcome any additional information, corrections and edits that will help complete the archive for years to come! 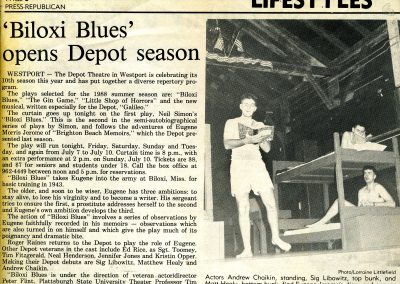 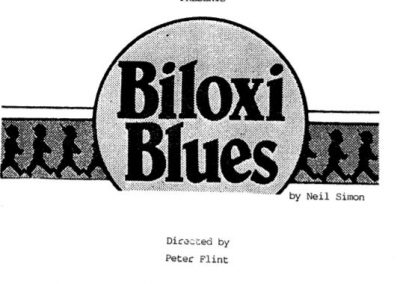 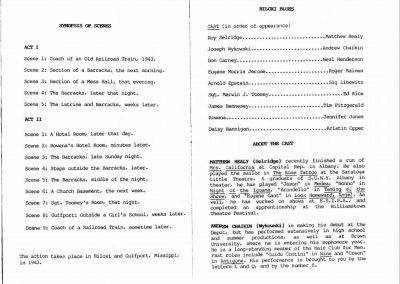 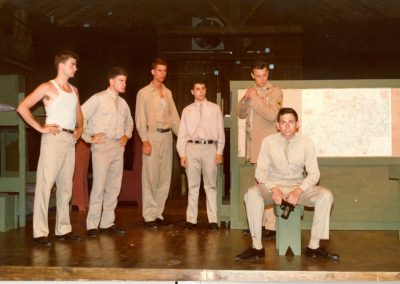 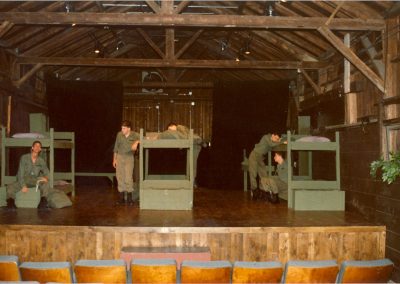 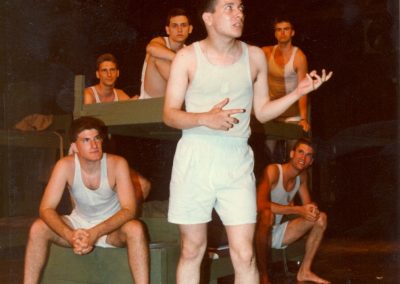