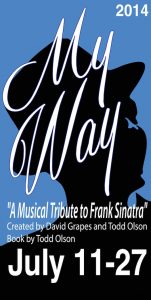 The Depot Theatre 2014 season begins July 11-27 with “My Way: A Musical Tribute to Frank Sinatra,” a fresh, entertaining evening of great music that distills the nearly 1,400 songs that Sinatra recorded down to 56 selections. 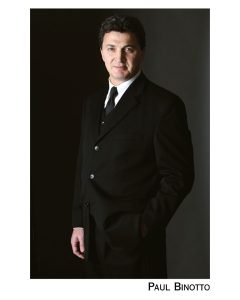 The show will be directed and choreographed by Evan Pappas (Broadway: “Parade,” “My Favorite Year,”) and stars four seasoned and enthusiastic professional actors. It is sponsored by the Westport Marina and The Galley Restaurant & Bar.

Paul Binotto most recently played Peter in The Pittsburgh Public Theater production of “Company.” Paul’s Broadway credits include: “Dreamgirls,” “Hair”, “Starlight Express,” “One Night Stand,” “King of Schnorrers” and “It’s So Nice to be Civilized.” Off-Broadway credits include: “Enter Laughing”, and “Forever Plaid”, for which, along with his fellow cast mates, he gave a command performance at The White House. 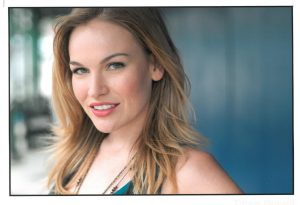 Tiffan Borelli is delighted to be making her Depot Theatre Debut. Her credits include Goldie in “Two By Two” at The York Theatre with Jason Alexander, Martin Charnin’s “Something Funny’s Going On at 54 Below”, Kate in “Kiss Me Kate” with The Staten Island Philharmonic, and as Sondra Lee in “Far Out!” at Minetta Lane. 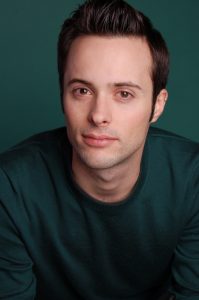 Erik Keiser will also be making his Depot Theatre debut! He recently originated the role of Keith Partridge in “The Brady Bunch: The War of the Families Partridge & Brady” at the NY Fringe Festival and for the show’s recent Off-Broadway run this past spring. Other past credits include the NYC production of “Mama & Her Boys”, Ren McCormack on the 10th Anniversary National Tour of “Footloose”, “How to Succeed in Business” at Theatre-by-the-Sea, “Legally Blonde” at STAGES St. Louis, “Sail Away” with Musicals Tonight!, “Hairspray”, and “High School Musical” (Troy).

The musical production also serves as an Adirondack homecoming for Maggie Politi, who is grateful to be back in the mountains where she grew up. Favorite past roles include: Daphne in the world premiere of “Gay Bride of Frankenstein” in NYC, Roxie Hart in “Chicago” (West Virginia Public, Prather Entertainment) and Mayzie in the “Seussical” tour.

“My Way: A Musical Tribute to Frank Sinatra” is followed by the fast-paced, costume-changing hilarity of “Greater Tuna” from August 1-17. The musical comedy “Pete ‘N’ Keely” caps the season with performances from August 22-31.

Tickets for all 2014 performances are $29 with discounts for seniors, groups and students. Evening, early-evening and matinee performances are available. Subscriptions for the three-show season are $78. More information, season subscriptions and tickets available online at depottheatre.org, or by contacting the box office at 518.962.4449.

“MY WAY: A Musical Tribute to Frank Sinatra”

Sponsored by the Westport Marina and The Galley Restaurant & Bar