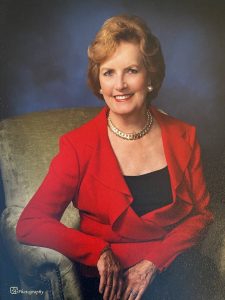 The Depot Theatre lost a treasured friend and mentor with the recent passing of longtime board member Shirley Bacot Shamel.

Of all of the organizations to which she dedicated herself, this little theatre in a train station has been, for decades, the grateful recipient of her generous support and expertise.

Her larger-than-life presence and radiant smile will truly be missed.

-The Depot Theatre staff and Board of Trustees

She attended Wells College in Aurora, New York, where she received a BA in Sociology in 1958, after which she worked in the field of banking. She met John Carter Bacot of Utica, New York, in 1957 and married him in November of 1960. They moved to Manhattan following their wedding and settled in Upper Montclair, New Jersey, in 1962, where they had two daughters. In 1969, they moved to her current residence in Montclair, New Jersey.

After having children, Shirley became a professional volunteer in the fields of the arts, education, senior care, and community outreach organizations.

She was a 30 year volunteer of the New York Philharmonic, including Vice President of the Volunteer Council, chair of various radiothons and galas, and since 2005, a member of the Board of Directors of that orchestra. She served as Chair of the board of Trustees of Wells College (now honorary Chair of the Board). Additionally, she served as board member and officer of the Junior League Montclair/Newark, the American Red Cross, the United Way, and Senior Care and Activities Center in Montclair. Shirley served for many years as the treasurer of the Memorial Home for the Aged in Upper Montclair, and spearheaded committees for the Montclair Art Museum and the Montclair Golf Club of West Orange, New Jersey.

Shirley always enjoyed theater and performing and was in a singing group, The Humdingers, for forty years entertaining seniors. She has had a family vacation home in Westport, New York, since 1993 where she served on the board of The Depot Theatre for decades and co-owned a fine-dining restaurant venue currently operated as the Westport Yacht Club.

She has received numerous awards for her tireless volunteer efforts and outstanding achievements, including from The Red Cross, The Junior League of Montclair/Newark, Wells College, and The Depot Theatre.

In 2005, Shirley lost her husband of 45 years, John Carter Bacot (former Chairman and Chief Executive Officer of the Bank of New York). Thereafter, Shirley was introduced to Charles D. Shamel (formerly of Maryland) by mutual friends, Sandra and Jim Carter. They married in 2007 at Reynolds Plantation in Greensboro, Georgia, with a large circle of family and friends.

Shirley was an avid world traveller and golfer, and maintained residences in Montclair, New Jersey, Westport, New York, and Reynolds Lake Oconee in Greensboro, Georgia. She is survived by her devoted husband, Charles Shamel; her sister Marilyn McCabe (and husband Peter); daughters, Betsy Bacot (and former husband Stefan Aigner) and Susan Bacot-Davis (and husband George Davis); her stepchildren, Charles Shamel, Jr. (and wife Vivian), John Shamel, Katie Shamel; and also by her grandchildren, Christoph Aigner and Erik Aigner; and her step-grandchildren, Kristina Dietiker (and husband Sandro), Austin Dean, Mason Rougeux; and her step-great-grandchildren, Breaden, Reilen and Lennie Dietiker. She is also survived by many beloved nieces and nephews, cousins of her generation, as well as her children’s and grandchildren’s generations.

The memorial service to honor the life of Shirley Bacot Shamel will take place on Saturday, January 18th, at the St. James Episcopal Church in Upper Montclair, New Jersey, at 11 am. Another community remembrance of Shirley will take place this summer in Westport, New York. 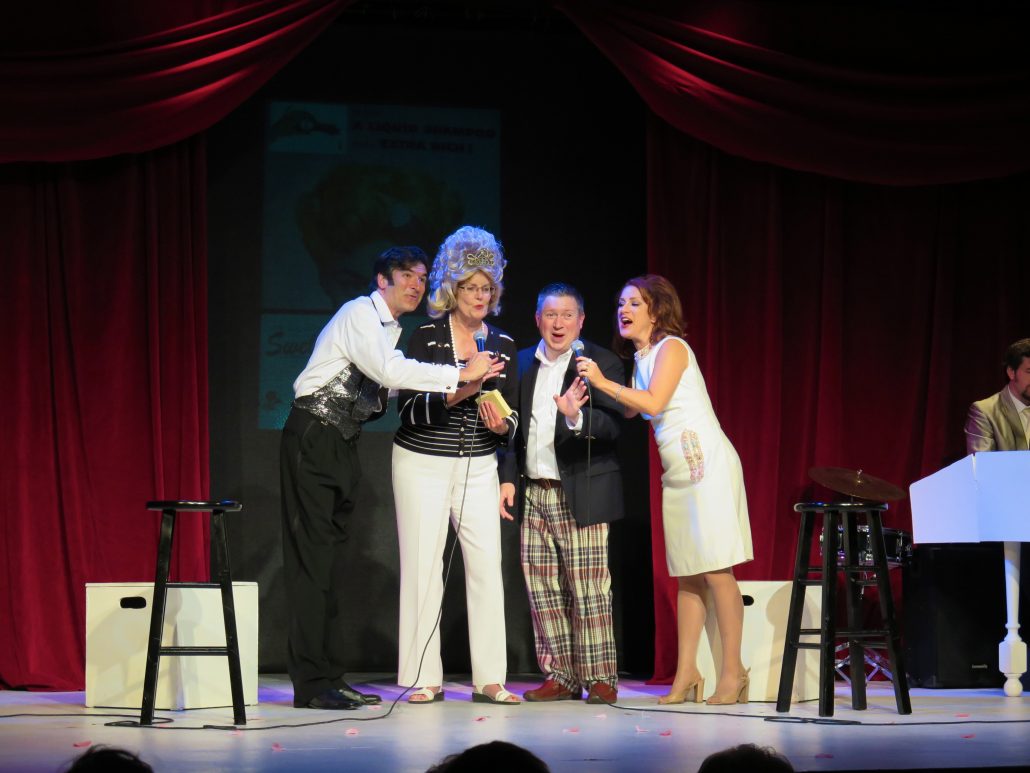 Always a good sport and team player, Shirley joined the cast of PETE N KEELY in 2014 as the “Swell Shampoo Queen,” along with Jonathan Hadley, David Howson and Katy Blake.