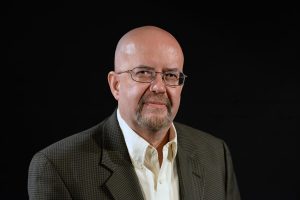 The Depot Theatre is pleased to welcome Kevin Cochran as its new Producing Director.

Cochran has a wealth of experience in theatre production, having co-founded and served as the Artistic Director and CEO of the Grove Theater Center (GTC) in Southern California since 1994, and serving as Producing Artistic Director for the Moss Hart and Kitty Carlisle Hart New Play Initiative. He has also been a financial advisor to theaters across the country. Cochran graduated as a Scholar of the House in theater, design and circus arts from Yale University.

In his new role at the Depot, Cochran will define and implement the artistic mission and program goals of the Theatre in collaboration with the board and staff, and supervise artistic and technical staff and volunteers during the production season.

“I’m really looking forward to joining The Depot Theatre family,” said Cochran. “What impressed me most about the theater is its importance to the community, the quality of the artists who come to work there, and the dedication of the theater staff, board and volunteers. It will be very exciting to build upon The Depot’s many successes and help grow the organization into the future.”

“Kevin is a tremendous addition to the Depot,” said David Howson, president of the Depot Theatre Board of Trustees. “His experience and passion for live professional theatre, along with keen financial acumen, is a perfect fit for our organization. I’m confident that our audience will be drawn in by his contagious enthusiasm!”

Cochran joins Erin Harrington, the Depot’s Business Manager, who will be entering her second season in the position.

About the Depot Theatre

The Depot Theatre is a non-profit, professional theatre located in a historic, functioning 1876 train station in Westport, N.Y., and operates under an agreement with Actors’ Equity Association, the Union of Professional Actors and Stage Managers in the United States. In addition to its volunteer board of trustees, the theatre depends on the support and generosity of its loyal donors, volunteers and community members. Committed to promoting and providing exposure to the performing arts in the Adirondacks, the Depot Theatre invites all to “Take a journey without leaving the station.” The Depot Theatre’s 2016 Season is made possible by the New York State Council on the Arts with the support of Governor Andrew Cuomo and the New York State Legislature.