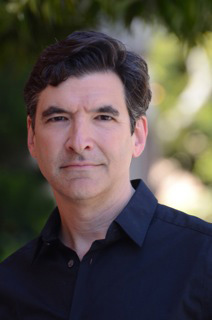 ​WESTPORT, N.Y. – The Depot Theatre is pleased to welcome Jonathan Hadley as its Interim Producing Director for the 2014 season. A popular and accomplished actor and director from New York City, Jonathan has accepted the challenge with grace and enthusiasm, according to Depot volunteer Karen Lewis.

“Recent restructuring at the Depot Theatre necessitated finding an Interim Producing Director to take the reins this summer,” said Lewis. “Jonathan’s knowledge, his skills – both with all things theatrical and with people – gave him a definite edge in the search for an interim leader. We were looking for more than someone to guide the productions, we needed a people person who loves the chance to interact with audiences, and wants the best for everyone connected to the Depot as well as all the other theatre groups in the North Country. Thus the new reading series Jonathan hopes will blend local actors with those up from New York City. Wherever Jonathan has worked he’s always proved himself a great ambassador for the arts. And, luckily for us, he’s no stranger to the area having appeared on the Depot Stage in 1999’s production of Born Yesterday.”

Jonathan most recently appeared on Broadway as “Bob Crewe” in the hit musical Jersey Boys, a role he then played for five years on the First National U.S. Tour, as well as in Seoul and Kuala Lumpur. He was previously seen on Broadway as Marvin Hamlisch and Michael Bennett in A Class Act and Off-Broadway in Finian’s Rainbow and Peg O’ My Heart at New York’s acclaimed Irish Rep. Tours include Into The Woods (with Cleo Laine), Joseph and the Amazing Technicolor Dreamcoat (with Donny Osmond), Fiddler on the Roof (with Theo Bikel) and Forbidden Broadway in the US and Australia.

When recently asked to provide some insight into his choice to come aboard at the Depot this summer, Mr. Hadley wrote the following from Korea where he was then appearing:

“Having spent a lot of time in regional theatres and on national Tours, as well as on Broadway and Off, I always second guessed my decision to leave NYC for a job. What if Broadway calls while I’m in Des Moines? Or Spielberg? Or BOTH?!

But years ago when I stepped off the Amtrak train into Westport and got my first glimpse of the Depot Theatre where I was to be performing “Paul” in the classic comedy Born Yesterday, I knew I had made the right decision.

What could be better than making art in a charming historic theatre situated in the most idyllic setting in all of upstate New York And what could be better than getting to do Summer Theatre again – where pressure is low but the quality is high, where not everything is perfect (un-air conditioned rehearsal spaces, the occasional bat visiting the stage…) but where perfect memories are made. Could a call from Spielberg be better than that? I think not.

Since I last appeared on the Depot stage my life has taken me to all corners of the globe working as a Director, Artistic Director, Teaching Artist, and Actor. But every so often it is important to come home from your travels, and for me, home is a good quality, professional Summer Theatre, a place where audiences and artists can share the experience of theatre together, as a community.

That’s what I look forward to most this Summer; being a part of the strong, vibrant Westport community that has supported the Depot Theatre for an unprecedented 36 seasons! I can’t wait to get back to the shores of Lake Champlain where together with the devoted board, staff and volunteers, and, of course, 2014’s outstanding artists we’ll continue the strong tradition of quality professional theatre in the Adirondacks. I’m sure I’ll see a few familiar faces, become reacquainted with friends from years ago, and meet many more: the dear friends who come to see what the Depot has to offer Westport, NY, Essex County, and beyond!”

The Depot Theatre is offering a rollicking program of two musicals and one comedy this summer.

As part of its strategic planning process, the Board of the Depot continues to explore sustainable staffing models that will best support the organization’s mission for the future. The board anticipates launching a leadership search this fall.

All are invited to experience this summer’s lineup for laughs, finger snapping with cool classic pop tunes, and to say hi to Jonathan! Season subscriptions are now available online. Prices for 2014 subscription packages range from $72 to $78. Single-tickets range from $26 to $29. For more information, visit depottheatre.org or contact the box office at 518.962.4449.