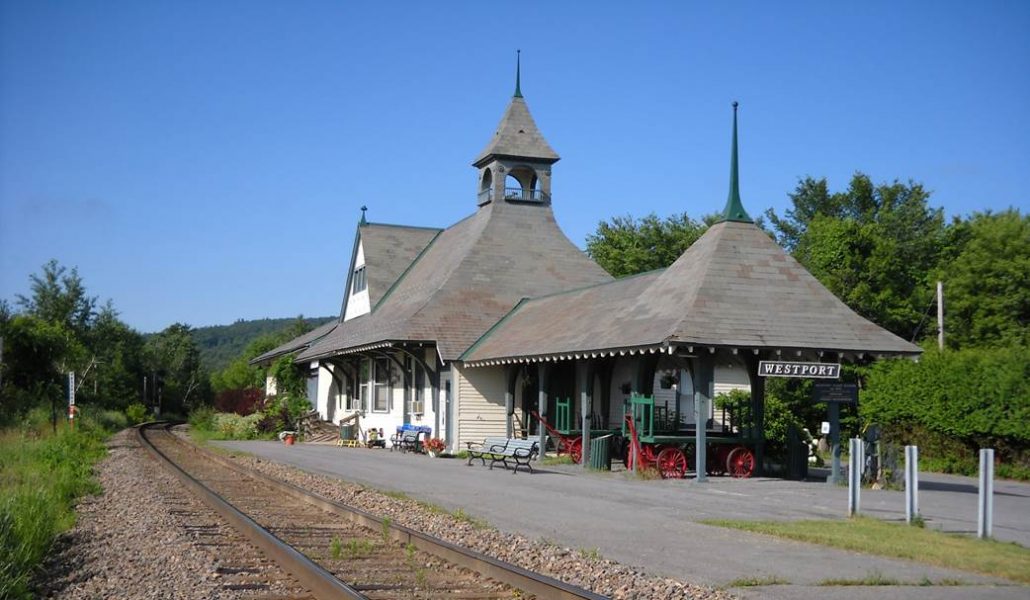 The Depot Theatre, a not-for-profit organization committed to providing professional theatrical arts in the Adirondacks, has received grants from the New York State Council on the Arts and the Charles R. Wood Foundation to improve infrastructure which will enhance the patron and artist experience.

The New York State Council on the Arts (NYSCA) has awarded the Depot with a matching-grant of $16,653 to replace audience seating and carpeting in the 140 year-old building. The new seats will replace the existing 60+ year-old seats which are difficult to maintain and for which replacement parts are obsolete. New commercial grade tile carpeting will be installed throughout the seating area, as well.

“While there is a nostalgic fondness for the existing seating, we believe our patrons deserve to experience professional theatre in modern comfort. And, NYSCA agrees!” said David Howson, president of the theatre’s Board of Trustees.

The matching-grant, which is in addition to $6,000 in annual operating support from NYSCA, will also provide for dedicated accessible and companion seating sections for patrons with disabilities. The theatre will begin a campaign this summer to raise the matching funds and installation of the new seats is anticipated to be completed before the opening of the theatre’s 39th season in 2017.

“I have no doubt these new seats will be put to very good use,” said Senator Betty Little, a member of the Senate Cultural Affairs, Tourism, Parks and Recreation Committee. “We’re fortunate to have some really unique cultural assets in the North Country, including the Depot Theatre in Westport. I am grateful the New York State Council on the Arts is offering financial support to ensure this theatre remains the jewel it is so that it may be enjoyed by area residents and tourists in the years ahead.”

The Charles R. Wood Foundation has awarded the Depot Theatre with a grant of $11,000 for stage technology improvements including new lighting and sound equipment. “Though our historic venue was built in 1876, today’s theatre artists and stage technicians need state-of-the-art sound and lighting,” said Kevin Cochran, Producing Director. “I’m thrilled that the Charles R. Wood Foundation can make these upgrades possible for us.”

Located in the historic, functioning 1876 train station in Westport, N.Y., the Depot Theatre operates under an agreement with the Town of Westport to lease the property as a theatre and art gallery. “Over the years, the Board of Trustees and staff of the Depot Theatre have been tremendous stewards of the train station,” said Ike Tyler, supervisor of the Town of Westport. “We are fortunate to have such partners who are dedicated to the preservation of both this historic building and one of the greatest arts institutions in the entire region.”

The Trustees and Staff of the theatre are grateful to NYSCA and the Charles R. Wood Foundation for their support. For more information about the Depot Theatre and the 2016 season, visit depottheatre.org.

The Depot Theatre is a non-profit, professional theatre located in a historic, functioning 1876 train station in Westport, N.Y., and operates under an agreement with Actors’ Equity Association, the union of professional actors and stage managers in the United States. In addition to its volunteer board of trustees, the theatre depends on the support and generosity of its loyal donors, volunteers and community members. Committed to promoting and providing exposure to the performing arts in the Adirondacks, the Depot Theatre invites all to “Take a journey without leaving the station.” The Depot Theatre’s 2016 Season, its 38th, is made possible by the New York State Council on the Arts with the support of Governor Andrew Cuomo and the New York State Legislature. Additional support is provided by the Essex County Arts Council.