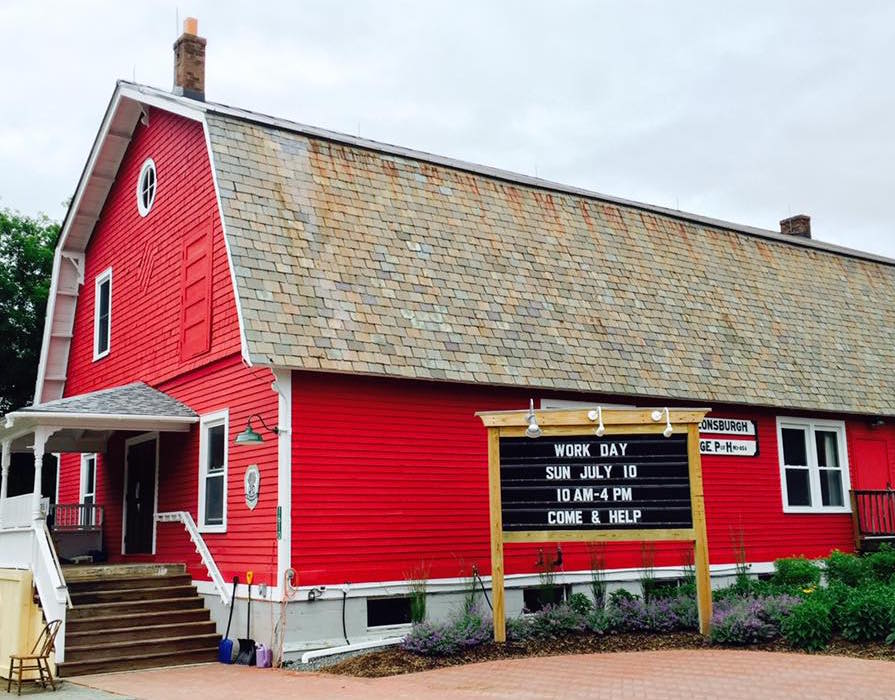 Westport, N.Y. – The Depot Theatre invites all interested participants and families to attend an informational gathering at the Whallonsburg Grange at 6 p.m. on April 25 to learn all about the 2018 Boquet River Theatre Festival (BRTF) children’s theatre program.
BRTF is an organization that was designed to provide young people with theatrical training and experience. Each summer, BRTF features both junior (ages 8-12) and senior (ages 12 and up) programs that culminate in musical theatrical performances held at the Whallonsburg Grange Hall during August.
The Depot Theatre has taken the program under its wing, and beginning in 2018, will be featuring the BRTF children’s theatre as their signature education and outreach program.
In addition to 2018 program information, the gathering will serve as an opportunity to introduce Diana McGuigan George as the BRTF Program Coordinator, as well as to meet the other program staff, including longtime BRTF director Gigi Mason, who will serve in an advisory role this summer.
Diana has extensive experience working with theaters and with youth, primarily as Director of the theater and drama program at Camp Dudley, and as Drama Advisor at Westport Central School. In addition to her own acting experience in London, New York and Los Angeles, she is adept at directing, teaching acting, coordinating set, costume, lighting and sound design.
The 2018 BRTF program will be held from July 23- August 19, 2018. Junior program rehearsals begin July 23, with performances on August 10, 11 and 12. The senior program will begin rehearsals on July 30, with performances on August 17, 18 and 19.
For more information about the Depot Theatre and BRTF, visit depottheatre.org.
###
About the Depot Theatre
The Depot Theatre is a non-profit, professional theatre located in a historic, functioning 1876 train station in Westport, N.Y., and operates under an agreement with Actors’ Equity Association, the union of professional actors and stage managers in the United States. In addition to its volunteer board of trustees, the theatre depends on the support and generosity of its loyal donors, volunteers and community members. Committed to promoting and providing exposure to the performing arts in the Adirondacks, the Depot Theatre invites all to “Take a journey without leaving the station.” The Depot Theatre’s 2018 Season, its 40th, is made possible by the New York State Council on the Arts with the support of Governor Andrew Cuomo and the New York State Legislature. Additional support is provided by the Essex County Arts Council.
PHOTO: Whallonsburg Grange