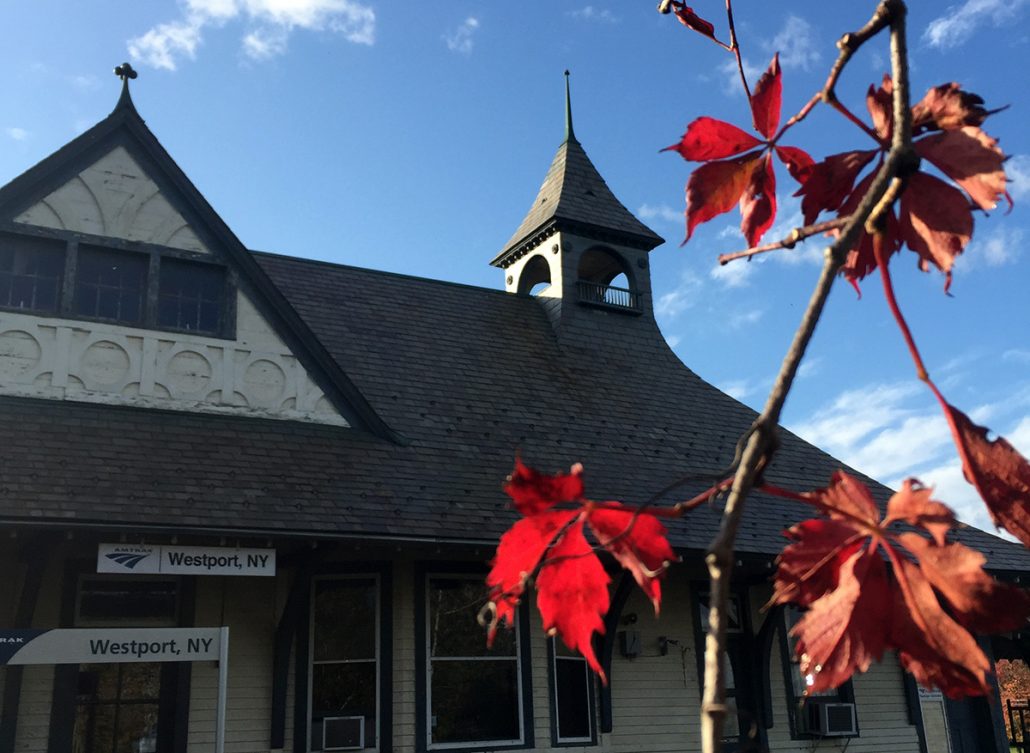 Westport, N.Y – The Depot Theatre in Westport, N.Y. has been awarded a Preserve New York grant of $4,712 to complete a thorough condition analysis of the 1876 train station in which the theatre resides.

The Depot Theatre is a nonprofit, professional theatre located in a historic, functioning 1876 train station owned by the Town of Westport, N.Y., and it is the only theatre in New York’s Adirondack Park that operates under an agreement with Actors’ Equity Association, the union of professional actors and stage managers in the United States. The theatre is also the caretaker of the station on behalf of Amtrak.

The grant will allow the Depot Theatre to work with Vermont Integrated Architecture to complete a thorough condition analysis of the Depot building. Although the structure has been renovated and maintained over time, its caretakers hope to get a clear understanding of its current condition so they might plan more adequately. Properly caring for this important resource will ensure that it can be used and enjoyed by theatre patrons, Westport residents and visitors for years to come.

“As custodians of this building and ambassadors for the Town and region, we’re grateful to the Preservation League of NYS and NYSCA for their support of the Town of Westport and the Depot Theatre’s collective efforts to develop and implement a plan for repairing and restoring this historic property,” said Kim Rielly, Executive Director of the Depot Theatre. “This is a great first step toward completing a master facilities and technology plan, which is one of our strategic plan priorities.”

The Preservation League of NYS and their program partners at the New York State Council on the Arts (NYSCA) are thrilled to help fund this important work.

“NYSCA is proud to support the vitality and character of our communities through our Preserve New York partnership, which provides key resources to historic sites, buildings, and cultural centers statewide and underscores the importance of architecture and landscape design in community revitalization and economic development,” said NYSCA Executive Director Mara Manus.

“Thanks to the League’s record of making effective preservation grants through Preserve New York and TAG, our program partner, the New York State Council on the Arts (NYSCA), has increased regrant funding significantly over the past several years,” said Erin Tobin, Vice President for Policy and Preservation and the Preservation League. “At the same time, in response to growing demand, the League has successfully lined up additional support to leverage NYSCA funding and League resources. NYSCA and the Robert David Lion Gardiner Foundation make these grants possible through their program partnership and financial support.”

The Depot was built in 1876 for the Delaware and Hudson Railroad and retains many of its original features such as a bell cast, slate roof with bracketed overhanging eaves and exposed rafters, elaborate belfry, clapboard and board and batten siding, cross gables with decorative woodworking, and a ribbon of multi-paned casement windows. The building is owned by the Town of Westport. The Depot stands in a unique position of being a center for the performing arts in the Adirondack/Champlain Valley region, but also a stop for train tourists to rest, gather information or enter the nearby community for a visit. Because of its prominent position and various important uses, Theatre and Town staff are invested in maintaining and preserving the structure in the best way possible.

Since 1993, the Preserve New York grant program has been providing funds to municipalities and nonprofit organizations that need technical, professional assistance to guide a variety of preservation projects. The historic structure reports, building condition reports, cultural landscape reports, and cultural resource surveys that are funded through this program can have profound impacts on the sites they are studying.

The Preserve New York grant program is made possible by the New York State Council on the Arts (NYSCA) with the support of Governor Andrew M. Cuomo and the New York State Legislature. The Robert David Lion Gardiner Foundation has provided additional support for projects in Nassau, Suffolk and Bronx Counties.

About the Preservation League of New York State

Since its founding in 1974, the Preservation League has built a reputation for action and effectiveness. Its goal has been to preserve our historic buildings, districts and landscapes and to build a better New York, one community at a time. The Preservation League of New York State invests in people and projects that champion the essential role of preservation in community revitalization, sustainable economic growth and the protection of our historic buildings and landscapes. They lead advocacy, economic development and education programs across the state.

About the Depot Theatre

The Depot Theatre is a non-profit, professional theatre located in a historic, functioning 1876 train station in Westport, N.Y., and operates under an agreement with Actors’ Equity Association, the union of professional actors and stage managers in the United States. In addition to its volunteer board of trustees, the theatre depends on the support and generosity of its loyal donors, volunteers and community members. Committed to promoting and providing exposure to the performing arts in the Adirondacks, the Depot Theatre invites all to “Take a journey without leaving the station.” The Depot Theatre’s 2019 Season is made possible by the New York State Council on the Arts with the support of Governor Andrew Cuomo and the New York State Legislature. The season productions are made possible, in part, by the Essex County Arts Council’s Cultural Assistance Program Grant with funding provided by Essex County.