The Depot Theatre’s 38th season begins with “Shout!: The Mod Musical.” SHOUT! travels in time from 1960 to 1970 chronicling the dawning liberation of women. With its heart on its sleeve (and its tongue planted firmly in its cheek), SHOUT! features terrific new arrangements of such classic tunes as To Sir With Love, Downtown, Son of a Preacher Man & Goldfinger. 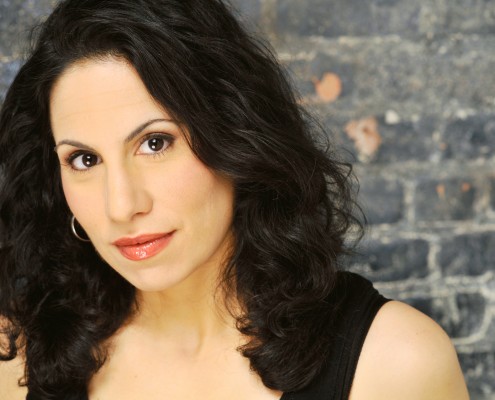 CRISTINA FARRUGGIA (Green Girl) Cristina Farruggia is thrilled to be making her Depot Theatre debut! She is a graduate of Rider University where she was an honors student on a four-year, full tuition acting scholarship.  She received her MA from King’s College London where she studied Shakespeare in conjunction with the Globe Theatre in London.  At sixteen, she appeared as Fantine in the final performance finale of Les Miserables at the Imperial Theater on Broadway.  Recent credits include An American Christmas Songbook(Lead Performer) at Bristol Riverside Theatre, Grease (Rizzo) for The Summer Theatre of New Canaan and South Pacific (Dinah) at Delaware Theatre Co. Besides performing, Cristina co-wrote the show, On the Air, with her brother, Robert.  Most recently it had an industry reading at the York Theatre in NYC directed by Hunter Foster.www.cristinafarruggia.com

KRISTA KURTZBERG (Red Girl) Originally from Atlanta, received her BFA in theater from Wright State. Krista was last seen at the Depot Theater in 2010 as Debbie Reynolds in What a Glorious Feeling. Other favorite credits include: Cat in the Hat in Seussical (tour and off broadway). Penny in Hairspray, Gymslip Who in the first national tour of How the Grinch Stole Christmas, Ariel in Footloose, Hope inAnything Goes, and Ruby in Dames at Sea. Krista has performed in theaters all over the country and in Russia. She lives with her husband in Long Island and is a proud member of Actors’ Equity. www.kristakurtzberg.com. 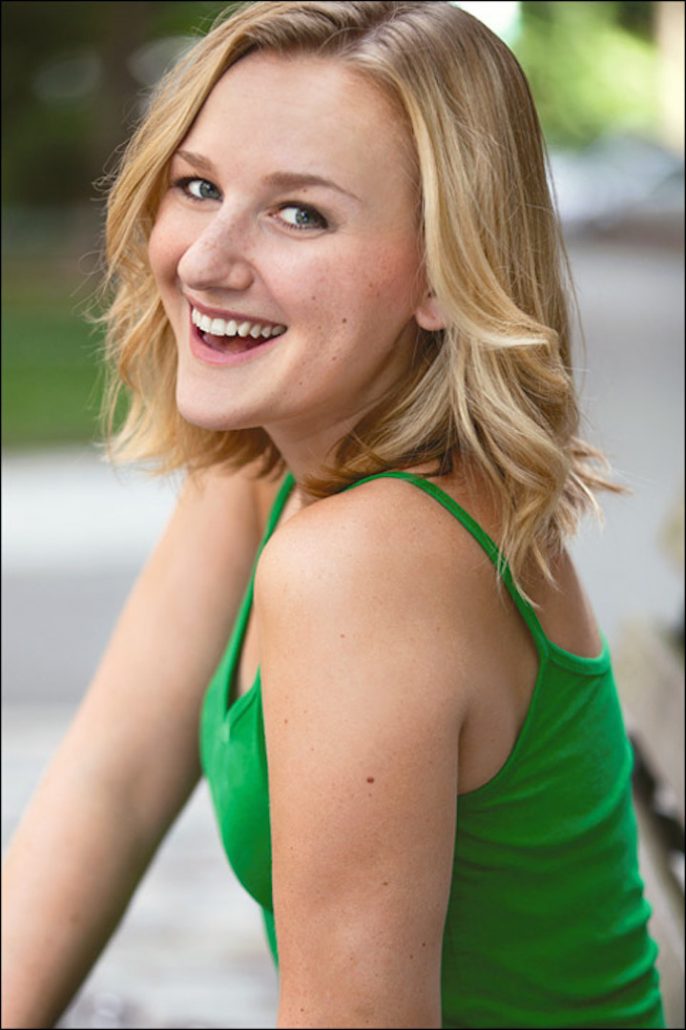 ASHLEY SWEETMAN (Yellow Girl) is thrilled to be making her Depot Theatre debut! Favorite regional credits include Smokey Joe’s Cafe (Pattie), Baby (Lizzie),The Best Little Whorehouse in Texas (Doatsy Mae), and Next Thing You Know(Lisa). She was recently seen in the ensemble of Dogfight, Ghost: The Musical, andLes Miserables at The Media Theatre. Other credits include Rocky Horror andAlmost, Maine at Flat Rock Playhouse. Ashley has a BM in Vocal Performance from NYU Steinhardt. www.ashleysweetman.com

AMY GRIFFIN (Director) is delighted to be making her Depot debut. Recent directing credits include: I Love You, You’re Perfect, Now Change (White Plains Performing Arts Center); Peter Pan (Riverside Theatre Arts); Little Women, Into the Woods, Beauty and the Beast, Shrek, and The Little Mermaid (Antrim Playhouse). Amy has appeared on Broadway in How The Grinch Stole Christmas! (original cast, cast recording); Off-Broadway in The English Bride, Mr. President, Infertility, Forbidden Broadway, Newsical, and Once Upon A Mattress (starring Jackie Hoffman); and in the First National Tours of Seussical The Musical and Grinch. Favorite regional roles include: Sally in Talley’s Folly (Bickford and Oldcastle Theatres); Beggar Woman in Sweeney Todd(Finger Lakes); Celia in As You Like It(Grove Theater Center, directed by Kevin Cochran), and seven (!) flights as Peter Pan(Independent Theatre Award). Northwestern University graduate (Excellence in Theatre Award). www.Amy-Griffin.org

LEXIE FRARE (Choreographer) Lexie is thrilled to work on her first Depot Theatre production with her dear friend  Amy Griffin. Lexie is the choreographer of The White Plains PAC where she has worked on the regional premieres of The Little Mermaid, Spring Awakening, Tarzan and Disney on the Record. Other credits include Millbrook Playhouse, Lee Strasberg Institute and the Westchester Broadway Theatre. Lexie is currently a Teaching Artist with Disney Theatrical Group as well as the Resident Director/ Choreographer at the Helen Hayes Youth Theatre in Nyack NY.  She is working towards her Masters in a Educational Theatre.

JOE SCHERMANN (Music Director) is thrilled to be returning to the Depot after music directing The Bikinis and Savin’ Up for Saturday Night last summer, My Way and Pete ‘N’ Keely in 2014, as well as music directing and performing in its productions of Riffin’ and Tappin’ and Wicked City back in 2011. Joe has acted as musical director and supervisor for numerous cabarets and workshops in New York City as well as regional productions of Guys and Dolls, Batboy, White Christmas, Best Little Whorehouse…, Smokey Joe’s Café and Grease. In 2012 he wrote the music and lyrics for and starred in the award-winning indie film musical How Do You Write a Joe Schermann Song?. Other composer/lyricist credits include Seeking Sondheim (WVMTF, NYC, Jerron Herman lyricist), Training (Elements Theatre, Santa Barbara, CA), as well as Roulette and Dark Passenger: The Musical, which each had their first reading and workshop respectively in New York City last summer (the latter of which also featured Joe in the lead role of Dexter Morgan).

BONNIE B. BREWER (Scenic Designer) has been working the professional theatre circuit for more than a quarter of a century. Professional Stage Manager & Company Member at Pendragon Theatre since 1990, she is also a Director of more than 20 shows, and has shared her talents in designing sound, lights and creating props for close to 150 productions throughout upstate NY. She has even had the occasion to make a few rare on-stage guest appearances – sometimes on purpose, other times out of necessity. Recently she found herself teching two shows simultaneously on opposite sides of the mountains: Man of La Mancha at Pendragon, and My Way at The Depot.

JIM CARROLL (Sound Designer) Jim’s love of technical theatre that started when he was in Middle School. Challenging a severe case of stage fright, he made his acting debut as Audrey II in Little Shop of Horrors for Essex Theatre Company in 2005. Jim has been Technical Director or provided support for over 150 shows since 1998 with various local and community theatres. He can occasionally be seen on the Discovery and Travel Channels talking about his sightings of Champ. Jim and his family run ShipStore.com and Westport Marina. In addition, he creates memories with OvertimePhotoBooth.com. Jim is a new member of the Board of Trustees for the Depot Theatre and continues his work with the Boquet River Theatre Festival, the NYS Theatre Education Association and as a member of the Westport Central School.

Celebrate Opening Night on July 1 with a toast immediately following the performance with the cast and crew, staff and board. (While the toast is free, tickets to the performance are required.)

Depot Dialogue: Join the cast and crew after the 5:00 performance on Sunday, July 10, for a moderated discussion about the show.

ABOUT: SHOUT! travels in time from 1960 to 1970 chronicling the dawning liberation of women. With its heart on its sleeve (and its tongue planted firmly in its cheek), SHOUT! features terrific new arrangements of such classic tunes as To Sir With Love, Downtown, Son of a Preacher Man & Goldfinger.

TICKETS: Tickets for Shout! The Mod Musical are $30 ($28 seniors/students) and are based on availability. A $1 facility fee will be added to each ticket to help defray the cost of maintaining our historic theatre. 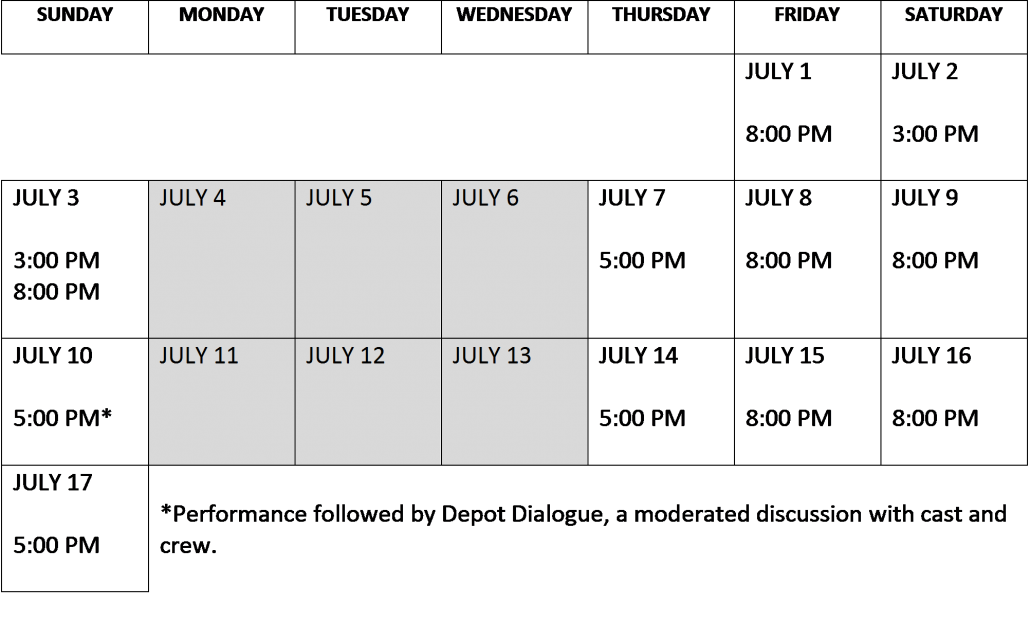 For full details about the 2016 season, visit: http://depottheatre.org/main_stage/. The 2016 Season is sponsored by The Galley Restaurant & Bar at Westport Marina

The Depot Theatre is a non-profit, professional theatre located in a historic, functioning 1876 train station in Westport, N.Y., and operates under an agreement with Actors’ Equity Association, the Union of Professional Actors and Stage Managers in the United States. In addition to its volunteer board of trustees, the theatre depends on the support and generosity of its loyal donors, volunteers and community members. Committed to promoting and providing exposure to the performing arts in the Adirondacks, the Depot Theatre invites all to “Take a journey without leaving the station.”  The Depot Theatre’s 2016 Season is made possible by the New York State Council on the Arts with the support of Governor Andrew Cuomo and the New York State Legislature.