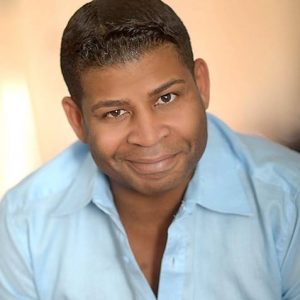 WHALLONSBURG, N.Y. – Depot Theatre Producing Artistic Director Kenney Green will be the special guest for the discussion about the film MA RAINEY’S BLACK BOTTOM on January 30, 2021, at 7:30 pm.

In order to keep the community safe, The Champlain Valley Film Series, typically shown at the Whallonsburg Grange Hall during winter months, has announced its Home Together Winter Film Series, which consists of five movies selected for individuals to watch anytime at home, followed by a REEL TALK via Zoom. The REEL TALK will be a provocative discussion about the film with a special guest, and participants are invited to submit questions.

Participants are to watch the film, MA RAINEY’S BLACK BOTTOM [streaming on Netflix] on their own, and join for a live Zoom “Reel Talk” with a discussion on the movie with  Kenney Green, producing artistic director at The Depot Theatre in Westport.  Green has extensive experience as a choreographer, musical director, and director.  He is also a faculty member in Musical Theatre Performance at the American Musical and Dramatic Academy, in New York City.

MA RAINEY’S BLACK BOTTOM streams on Netflix. This is the powerful, riveting story of

the real-life, legendary Ma Rainey. Academy Award-winner Viola Davis is unforgettable as the larger than life “Mother of the Blues.” In his final role, Chad Boseman is electrifying as Levee, the hot-headed trumpeter who dares to lock horns with Ma in a shabby Chicago recording studio where they’re forced to make music the way the white bosses want it. The year is 1927 but the bristling racial tensions feel as timely as ever. “Mesmerizing” – Washington Post.

The Zoom Event is Free and Open to the public, but registration is required. Questions may be submitted to the moderator and will be responded to in the second portion of the program.

This is the second movie in the Winter Home Together Series:  February 13th – Collective;  February 27th – The Personal History of David Copperfield;  March 13th – Mangrove.  Visit www.thegrangehall.info for reviews, trailers and additional links and information.