“The creative arts are the measure and reflection of our civilization. They offer many children an opportunity to see life with a larger perspective…The moral values we treasure are reflected in the beauty and truth that is emotionally transmitted through the arts. The arts say something about us to future generations.”   -Ann P. Kahn, Former President of The National PTA

Many years before it was named the Depot Theatre Academy,

and before it absorbed the Boquet River Theatre Festival, the organization’s outreach and education program was called the Depot Theatre Apprentice Program.

There are many former students who have gone on to achieve success in the arts, including one who is nominated for a 2022 Academy Award for feature documentary!

Learn more about sisters Kira “Kiki” and Ani Simon-Kennedy below! 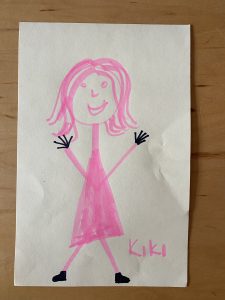 “Ani & I learned so much as apprentices! From our wonderful teachers Lindsay & Mary Beth & Scott, we learned the basics of acting and so much more. We spent so much time backstage helping Jean adjust costumes and running lines with all the actors who all really knew how to have fun on the job! We have so many fond memories of being raffle sales kids and of ChooChoo the beloved trackside cat, growing up at the Depot was the best experience.”

Growing up, every summer I looked forward to our time in Westport. My fondest memories were having Lindsey open my mind to the power of Shakespeare as part of the Apprentice Program, and hawking raffle tickets at intermission, balancing the huge rolls of red tickets with a wicker basket full of dollar bills. Every time we would announce the winner and they would return their prize money back to the theater, my heart would swell with pride. This was the real meaning of community theater. Being a part of the Depot shaped me in a huge way – it was my gateway drug into the thrill of putting on a production from soup to nuts.

Even after the family moved to Paris, Kira Simon-Kennedy and Ani Simon-Kennedy spent summers in Westport. Kira and Ani became Depot Apprentices as soon as they could read a script in English, encouraged by librarian Judy Moore at the Westport Library. They were, respectively, 6 and 7 years old at the time.

The two did all their schooling in French until they came to the U.S. for college, Kira to University of Pennsylvania, where she studied Chinese, neurology, and photography, and where she was a staff photographer for the campus newspaper The Daily Pennsylvanian.  She holds a BA degree in East Asian Studies from the University of Pennsylvania and was a member of the inaugural class of Penn’s School of Social Policy & Practice program in Social Impact Strategy and Arts & Culture. Ani headed to NYU where she majored in African Studies, film, and photography. After graduating in three years, she apprenticed in film production in New York City, and then studied cinematography and directing at Prague Film School.

During the COVID-19 pandemic of the past two years both released feature films. In 2020 Ani’s The Short History of the Long Road, which she wrote and directed, starring Sabrina Carpenter, Danny Trejo, Maggie Siff, and Steven Ogg was released by Filmrise. The film had made its debut at the Tribeca Film Festival where it received a special mention for Best Screenplay; five years earlier its script received the inaugural Dernsie award at the Bentonville Film Festival.

In 2021, producer Kira’s Ascension, directed by Jessica Kingdon, about the changing nature of production, consumption, labor, leisure, and aspiration – the paradox of progress – in the People’s Republic of China was released by MTV. It had been awarded Best Documentary at its Tribeca debut and has been nominated for Best Documentary at the Gotham, Cinema Eye, Independent Spirit & the Academy Awards.

Congratulations to both women – we look forward to watching as you continue to grow!

LOCALS!! ASCENSION will be screened at the Lake Placid Center for the Arts on Thursday, March 31, 2022! MORE INFO 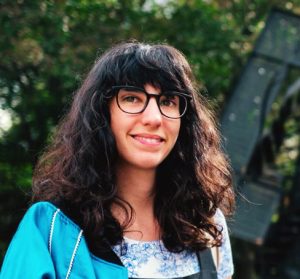 After graduating from Penn, Kira helped start “Caoker, a music & video web startup in Beijing aiming to bring China’s indie artists to the world and international artists to China.”

Kira is co-founder and co-director of China Residencies― This multi-faceted arts nonprofit has supported over 100 artists since 2013 to foster sustainable creative exchange between mainland China, Hong Kong, and the rest of the world. China Residencies funds excellent creative people and projects & nurtures the next generation of cultural organizers.

In summer 2021 with support from the Essex County Arts Council, China Residencies hosted three workshops in the Adirondack Mountains in the far northern reaches of upstate New York in August. “Originally intended to take place in spring of 2020 at the artist farm residency Lijiang Studio in Lashihai, a village in Yunnan province, we relocated and reimagined this project to a similar landscape in a different watershed in the rural towns where Shahong and Kira have lived full and part-time over the past year. Bringing into focus the local Adirondack Watershed, we partnered with local nonprofits and farms in the area to learn from, listen to, and create alongside the landscape shaped by this watershed and our collective presences here.”

Johann Diedrick led a walk through nature to listen to the present, past, and future of the Adirondacks, peeling back sonic layers to reveal the history of this landscape and speculate on its future.

Kira has been a fellow and mentor at NEW INC, the New Museum’s incubator for art, design & technology, as well as the IFP Made in NY Media Center creating with Katrina Neuman & Sebastien Sanz de Santamaria  Rivet, a platform to connect artists with opportunities worldwide.

A photographer, Kira (aka Kiki) is a writer who has published the guides Applying for Things,  Holy Sh*t My Friend Has Cancer, and Kiki’s Guide to Kickstarter. She is also a translator of French and Chinese texts on art and philosophy. Currently, she is at work producing documentaries by Jiayu Yang (The Entomologists); Shelley Cheung Claudon (Laying The Last Track); Ana Mina (Rubbish).  Several other shorts & media projects are in development.

Before the pandemic, she split her time between China, France, and the US. Now, she now lives mostly online.

Her first feature film was Days of Gray, an Icelandic dystopian fantasy. Deemed “an assured debut” by the Hollywood Reporter, the film played at top festivals around the world with an original live score by Hjaltalin. It was nominated for the 2013 Edda Awards (Icelandic Film Awards) and the soundtrack won Album of the Year at the Icelandic Music Awards.

She then wrote, directed, and produced The Short History of the Long Road, a road trip drama starring Sabrina Carpenter, Steven Ogg, Maggie Siff, and Danny Trejo. It premiered at the 2019 Tribeca Film Festival, receiving a Special Mention for Best Screenplay. Released by Filmrise, the film rose to #2 at the box office. A “breakout vehicle for its writer-director as well as its star” (Rotten Tomatoes Critics Consensus), the film’s screenplay now resides at the Academy’s library. It is currently available on all platforms.

As a commercial director, she has created award-winning campaigns for Lego, Colgate, and Smirnoff amongst many others. She has helmed ground-breaking documentary series for Glamour, The New Yorker, and Vice. Her branded documentary A Touch of Sugar, confronting America’s Type 2 diabetes crisis, was narrated by Viola Davis and screened at the 2019 Tribeca Film Festival.

Most recently, she was selected to participate in Ryan Murphy’s Half Initiative television director mentorship program. She is currently in development on several projects for film and television.