The Depot Theatre is pleased to announce the cast of THE MOUNTAINTOP, the first of the theatre’s 2021 main stage lineup.

THE MOUNTAINTOP is a reflective, often funny, touching, and gripping reimagining of the night before the assassination of the civil rights leader Dr. Martin Luther King, Jr., in which he examines his achievements, his failures, and his unfinished dreams. THE MOUNTAINTOP will run from July 1 through July 18. This play’s Broadway run in 2011 starred Samuel L. Jackson and Angela Bassett.

THE MOUNTAINTOP is written by Katori Hall, two-time Tony award nominee and winner of the 2021 Pulitzer Prize for Drama.

“The Depot Theatre is very proud and blessed to have two extremely diverse and intense actors kick off our season in THE MOUNTAINTOP,” said Kenney Green, Depot Theatre Producing Artistic Director. “These two powerhouses perfectly embody the essence of Katori Hall’s beautiful words!” 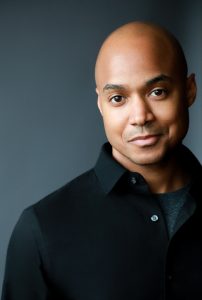 The role of Dr. Martin Luther King, Jr. will be played by CURTIS WILEY, JR. Wiley comes to the Depot Theatre direct from his Broadway debut in the production of AIN’T TOO PROUD: THE LIFE AND TIMES OF THE TEMPTATIONS

Prior to joining the Tony Award winning production, Curtis was seen in NYC at Lincoln Center in the “American Songbook” concert series with Stew + Heidi. Curtis first worked with Stew + Heidi in the world premier of THE TOTAL BENT at NYC’s Public Theater. Other NY credits: ATTACK OF THE ELVIS IMPERSONATORS (Lion Theatre); ROTHSCHILd & SONS (York Theatre Co.); THE ARTIST & THE SCIENTIST (Cap21); STRAIGHT FACED LIES (Fringe NYC); PAGEANT: THE MUSICAL (Off B’way Revival); THE GREAT SOCIETY (York Shakespeare Co); TUT (NYMF); KING LEAR (Exit, Pursued by a Bear); THE WILD PARTY (Columbia Stages). Big musical credits include: DINER THE MUSICAL;  JERSEY BOYS; THE LION KING; and a really cool gig with MOTOWN THE MUSICAL. Curtis is an alumni of the Sundance Theatre Institute, WIG OUT (playwright Tarell Alvin McCraney). Curtis had the distinct pleasure of working with Negro Ensemble Co., MARTIN: BEFORE THE DREAM, and has been featured in the “Future Classics Series” at Classical Theatre of Harlem. 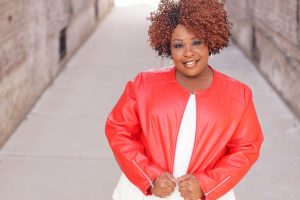 Depot Theatre alum and favorite YVETTE MONIQUE CLARK returns in the role of Camae. Yvette is ecstatic to be back at The Depot where she debuted her cabaret LET’S GIVE ‘EM SOMETHING TO TALK ABOUT, and she has performed in productions of AIN’T MISBEHAVIN’ (Nell) and SMOKEY JOE’S CAFE (BJ). Other credits include GUN AND POWDER (Sissy), THE WIZ (Aunt Em, Evillene, Glinda), and UNiSON (Momma, Terror #7). During the past year she has kept herself busy producing her own virtual cabarets entitled “DIVA OF THE ‘DEMIC.”

As a professional Actors’ Equity and Stage Directors and Choreographers Society-affiliated theatre, the Depot must adhere to both government and union health and safety guidelines. As such, audience members are required to provide proof of COVID-19 vaccination. Tickets and information are available by calling the box office at 518.962.4449 or visiting DepotTheatre.org.

About The Depot Theatre

The Depot Theatre is a non-profit, professional theatre located in a historic, functioning 1876 train station in Westport, N.Y., and is the only theatre in the Adirondacks that operates under an agreement with Actors’ Equity Association, the Union of Professional Actors and Stage Managers in the United States. In addition to its volunteer board of trustees, the theatre depends on the support and generosity of its loyal donors, volunteers, and community members. Committed to promoting and providing exposure to the performing arts in the Adirondacks, the Depot Theatre invites all to “Take a journey without leaving the station.” The Depot Theatre’s 2021 programming is made possible by the New York State Council on the Arts with the support of Governor Andrew Cuomo and the New York State Legislature. Additional support is provided by the Adirondack Foundation – Generous Acts Fund and the Essex County Arts Council.