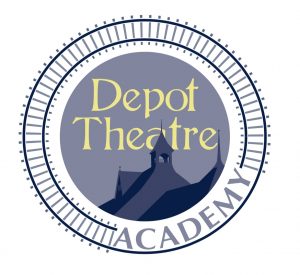 DESCRIPTION:
Participants will learn how to ACT a song (not just sing the song), and work together with instructors to find a monologue that complements the song to form a seamless package to utilize for auditioning or showcasing!

This class offers an approach to the repertoire of Broadway songs and strong monologues from the actor’s perspective. Participants will learn how to find and implement new techniques of expression, relaxation, and freedom.

Participants will learn the following skills during this 5-week course:

Contact Katie Shepard by email or phone at 518.962.4449 to reserve your space!
Contact Kenney Green by email with questions about this program.

Kenney Green,  Producing Artistic Director for the Depot Theatre
Kenney is a native of Fresno California who has called New York City his home for over 20 years. Since October 2018, he has been the Producing Artistic Director of The Depot Theatre in the Adirondacks in upstate New York, bringing gender and racial diversity into modern theatre. As an actor and a musician, he has performed in numerous national and international tours, regional theatres, festivals, and concerts. He is an accomplished director and choreographer of many regional productions throughout the United States and is a proud member of the Stage Directors and Choreographers Society, Screen Actors Guild and Actors’ Equity Association. Follow him on Twitter & IG: @kenneygreen or www.kenneygreen.com

Adam Michael Tilford
Adam Michael Tilford is a New York City-based music director/composer/piano bar entertainer and educator. He has an extensive background in theatre education having musically directed, directed, and choreographed for multiple public school and private theatre training institutions from elementary school through the college level. His vocal coaching students have appeared on Broadway/National tours of King Kong, Hairspray, Kinky Boots, and Ghost, among others.

He has musically directed and been on stage multiple times at The Depot Theatre including Wicked City and The World Goes ‘Round. His musical direction and acting resume includes multiple regional theatres from Chicago to Virginia to off-Broadway and includes shows ranging from Aida to Hello, Dolly. He has also played at almost every major cabaret/nightclub venue in NYC and is one of the pianists at the famed Marie’s Crisis, taking the event from NY to Sydney and London and appearing at the venue as himself on two episodes of “Younger” on TVLand. He has represented Marie’s three times as part of Darren Criss’ live broadway festival Elsie Fest in New York City. His original compositions have been performed throughout the country as part of the not for profit touring theatre company Pyramid Productions, in Manhattan at Theatre 311 in “Things to Chase” and his new off-Broadway version of A Christmas Carol (with lyricist Marc Goldsmith) was nominated for a New York Innovative Theatre Award for Best Musical.