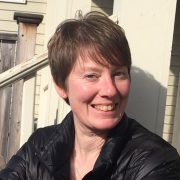 Her experience includes more than 20 years of marketing and communications, most recently as the longtime director of communications for the Lake Placid-based Regional Office of Sustainable Tourism, where she was an executive team member responsible for digital content development, copywriting, consistent brand implementation, staff oversight, and departmental budget management.
A native of Westport, she is no stranger to the Depot, having lived in the region for the majority of her life, and volunteered for several terms as a board trustee, including one year as president.

Rielly lives in a studio tucked in the woods of Moriah with her husband, Kevin Boyle, without whom she enjoys golf, and with whom she enjoys motorcycling, kayaking, hiking, cycling, skiing and other outdoor pursuits. 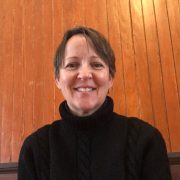 She possesses both extensive development experience and a love for theatre. An Elizabethtown native, Angel has gravitated professionally toward community-oriented non-profits for most of her career. Her 17 years’ experience in proposal writing and grant administration, project management and planning include past posts at the Nature Conservancy, Lake Placid Connecting Youth and Community and the Village of Lake Placid/Town of North Elba. Marvin worked most recently as a Leadership Gifts Officer at Vassar College, her alma mater.

She has performed in or directed 21 community theatre productions in Lake Placid and the Champlain Valley as well as, years ago, appearing in two professional shows at the Depot. 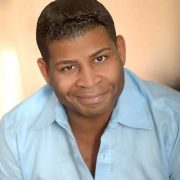 Kenney M. Green is responsible for defining and implementing the artistic vision and program goals of the organization.

Originally from Fresno, California, Green moved to New York City in 1999 where he attended The American Musical & Dramatic Academy. He joined the European Tour of The Music of Andrew Lloyd Webber in 2000 and has been working in some aspect of the theatre ever since.
Green has extensive experience as a choreographer, musical director, and director at venues that include New Harmony Theatre in Indiana, Lake Dillon Theatre in Colorado, Interlakes Theatre in New Hampshire, Emelin Theatre in New York and the RPI Young Actors’ Guild in New York. Green also directed and choreographed the children’s musical pre-show program for the Good Company Players in Fresno, CA for three years. He has a long list of acting roles, is a longtime performer at New York’s Marie’s Crisis Pop Piano Bar, and produces the Marie’s Crisis annual International tours in London, and Sydney, Australia. He is a proud member of Actors’ Equity Association (AEA) and Stage Directors and Choreographers Society (SDC).
Contact Kenney 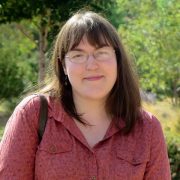 Katie began working in the Depot Theatre’s box office as an assistant in 2012 and became the manager in 2014. She is an editor and project manager for Essex Editions, a small artisanal publishing company in Essex, NY. She also works freelance on many other projects. In 2016, she published her first book, Essex, New York Architecture: A Doodler’s Field Guide, co-authored with George Davis. Katie graduated from Willsboro Central School in 2007 and from SUNY Plattsburgh in 2011 with a BA in English literature.