The play that catapulted Williams to fame is as haunting and treasured as memory itself. Based on elements of his own life, the classic drama moves from shimmering moments of warmth and humor to scenes of shattering heartbreak. This special offering is produced by the award-winning Pendragon Theatre of Saranac Lake. 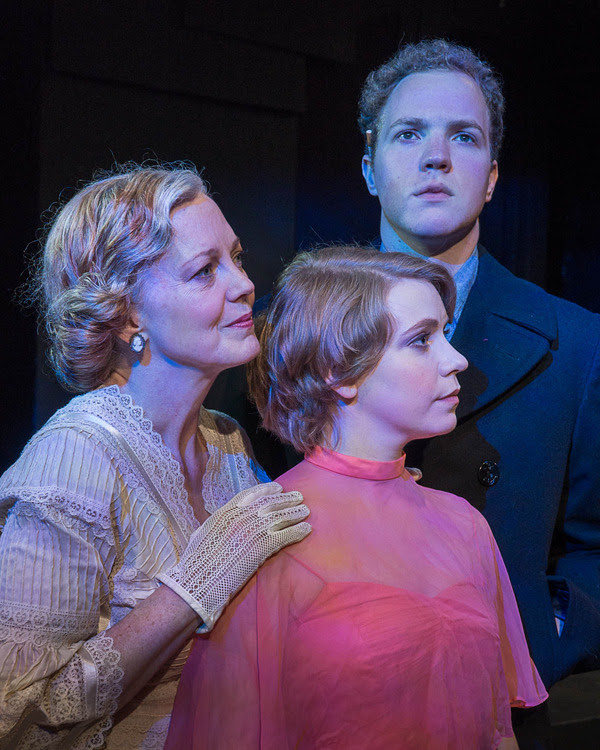 BETH GLOVER (Amanda), a NYC-based actress, starred most recently in the Broadway national tour of Cinderella as the Wicked Step Mother. Beth has performed in 11 Depot Theatre productions over an 18 year period; most recently MarieLombardi in Lombardi.  She was last seen at Pendragon as Blanche in A Streetcar Named Desire. National Tours: All Shook Up; Promises, Promises, Dirty Blonde, Anything Goes, The Taffetas.  Off-Bway: Take Me Along, Counsellor at Law, and many more.  World Premieres: Analog & Vinyl; The Good Girl is Gone; Book of Candy; Body Shop. She won the SFBACC Best Actress award for portraying Big Edie and Little Edie in Grey Gardens. She was nominated for best actress for 9to5, Good News, and Dirty Rotten Scoundrels.  National commercials, TV & Film. For complete credits: www.BethGloverActress.com.  Much love and thanks to Karen and Karen. 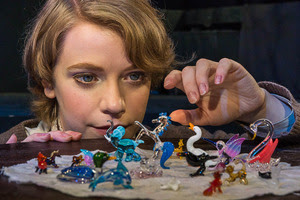 LIV PAULSON (Laura) has been involved in over 20 Pendragon productions since 2007, including Bus Stop, Alice in Wonderland, Other Desert Cities, and most recently The Snow Queen and Arcadia. This season she is delighted to be part of Amadeus and The Glass Menagerie.  She is an undergraduate in Medieval and Early Modern Studies at Binghamton University and would like to thank the wonderful cast and crew of The Glass Menagerie & her Pendragon family. Special thanks to Anne and Don Paulson, and Steven Hebert. 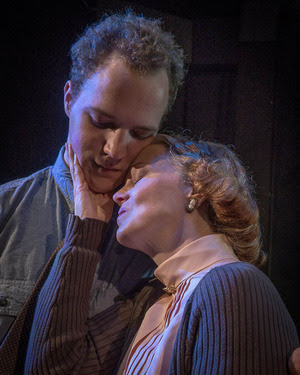 MILES RIVER WILLOW (Tom) is pleased to return to Pendragon for his second season. Last year you may have seen him in Arcadia (Septimus Hodge), The Seagull(Konstantin), or Twas the Night Before Christmas (Uncle Brierley/Sir Guy). Other favorite credits include: Bent (Captain), Back of the Throat (Bartlett), and A Streetcar Named Desire (Stanley Kowalski). Miles is a graduate of SUNY Potsdam and will soon be a proud resident of New York City. Miles would like to thank his family for their unending support; and you-the patrons of Pendragon for keeping theatre thriving here in the Adirondacks. Cheers! 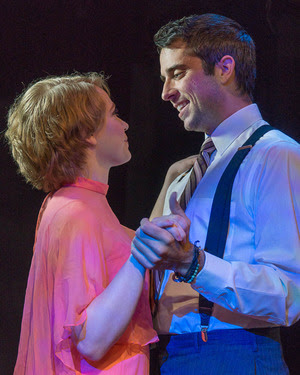 DYLAN DUFFY (Jim) is ecstatic to be back for another summer season here at Pendragon! He has spent the last 3 years working in the community as a real estate salesperson and acting as much as possible. Recently, Dylan has been in the following Pendragon productions: The Complete World of Sports: Abridged, Aladdin, Dirty Blonde, Death of a Salesman, Vanya and Sonia and Masha and Spike. Dylan is also very involved in community theatre with the Upper Jay Arts Center and the Community Theatre Players. When Dylan isn’t working or at the theatre you can find him on the lake or trying to keep up with his 2 year old black lab, Maya. Lastly, Dylan would like to say thank you and congratulations to the entire Pendragon summer cast and crew on another great season!

KAREN LORDI-KIRKHAM (Director) has extensive experience directing in both regional and academic settings. In addition to her over fifteen years at Pendragon, she has directed for the Jean Cocteau Repertory, Handcart Ensemble and Phoenix Ensemble in NYC, and the Attic Theater in Los Angeles, where she received the Drama Logue’s Award for Best Director and Production. She has directed productions ranging from musicals to new plays, including the world premiere of Andre Gregory’s Bone Songs, for which she also served as the dramaturg working extensively with Gregory pre-publication of the script. Highlights include directing Julie Harris in the world premiere of Peter Dee’s Amber Patches, touring shows to the Edinburgh Fringe Festival and Berlin, assisting Marshall Mason for the Broadway production of Lanford Wilson’s Redwood Curtain and assisting Jiri Zizka and being dramaturg for the Wilma Theater’s production of Stoppard’s Every Good Boy Deserves Favor with the Philadelphia orchestra. She has additional experience in dance, movement theater and choreography. She graduated with a MFA and DFA from the Yale School of Drama, where she was the artistic director of the Yale Summer Cabaret. She is also a Full Professor of Theater and Dance at Dickinson College in Carlisle, PA.

KELLIE MCMENEMON (Stage Manager) is excited to be a part of the 2016 summer season at Pendragon Theatre. Most recently Kellie has worked at Florida Studio Theatre in Sarasota Florida as an Assistant Stage Manager on Butler and Alabama Story. Other credits include Almost Maine (Two Roads Theatre, CA), Be More Chill (Two River Theatre, NJ) and Desdemona: A Play About  A Handkerchief (Edinburgh, Scotland).

PEGGY ORMAN (Touring Stage Manager) is excited to be involved in her sixth summer season at Pendragon Theatre; working with old friends and new! Recent onstage appearances include CTP’s The Little Mermaid and the Reader’s Theatre series, cabarets and Ghost Tales at Pendragon. As always, much love and thanks to her family for “being there,” so she can be here.

BONNIE B. BREWER (Production Manager/Lighting Designer) has been working the professional theatre circuit over a quarter of a century. A company member at Pendragon Theatre since 1990, she has directed more than 20 shows, and has shared her talents in designing sound, lights, sets and creating props for close to 160 productions all throughout upstate NY. This season is for Bean, he is missed every minute of every day–of all the souls I have known, his was the most… human.

KENT STREED (Costume Design) is a year round part time member of the Pendragon staff who: sells tickets, stuffs envelopes, designs and occasionally acts and answers the phone to loan you a prop or costume item.