(Westport, N.Y.) The Depot Theatre’s 37th season concludes with “Savin’ Up for Saturday Night, The Honky Tonk Musical” This high-steppin’ musical features returning Depot favorites and will have you dancing in the aisles. In the show, two best friends fall for the same lady, while a spit-fire ex-wife kicks up her heels threatening the harmony of “The Ready Bar & Fill” the town’s one-stop honky-tonk and auto body shop. The audience is in for an evening of showstoppers and toe-tappers, cat fights, and love quadrangles that keeps the Depot jumpin’ till way past last call.

This production of Savin’ Up for Saturday Night is sponsored by Emmet Carter Green Design. 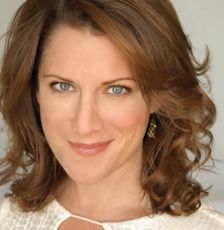 KATY BLAKE (Lucinda) Katy is happy to be returning to the Depot after making her directorial debut with The Bikinis earlier this summer! As an actor, Katy has toured around the country singing and dancing to ABBA music in the national tour of Mamma Mia, was was in the world premiere of Andrew Lloyd Webber’s Whistle Down the Wind, played the title role of Eva in the 20th anniversary tour of Evita, and played Christine in the San Francisco Company of The Phantom of the Opera. At the Pasadena Playhouse she created the role of Sirocco in the world premiere of Mask, directed by Tony award winner Richard Maltby, Jr. She performed with Reba McEntyre in the Hollywood Bowl production of South Pacific, and played Grizabella in CATS at Theatre by the Sea in Rhode Island and at North Shore Music Theatre in Massachusetts. Katy is a country music singer and songwriter and has a CD of her original music available on iTunes. Several of her songs have been recorded by various country artists and groups. She is currently working on an original musical which country artist Tracy Lawrence and hit country songwriter Flip Anderson. Love and thanks to Mom and Dad and to “my Bear.” 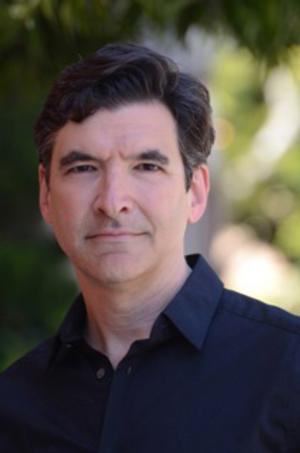 JONATHAN HADLEY (Eldridge) most recently appeared on Broadway as “Bob Crewe” in the hit musical Jersey Boys, a role he then played for five years on the First National U.S. Tour, as well as in Seoul and Kuala Lumpur. He was previously seen on Broadway channeling Marvin Hamlisch and Michael Bennett in A Class Act and Off-Broadway in Finian’s Rainbow and Peg O’ My Heart at New York’s acclaimed Irish Rep. Tours include Into The Woods (with Cleo Laine), Joseph…(with Donny Osmond), Fiddler on the Roof (with Theo Bikel) and Forbidden Broadway in the US and Australia. Favorite regional credits include leading roles in Dirty Blonde, Born Yesterday, Yiddle With A Fiddle (Boston Herald Award), Amadeus, Loves Labors Lost, Call Me Madam (starring Leslie Uggams), The Secret Garden and Captains Courageous. TV: “Another World”, “Kidsworld” & “Sex and the City.” Jonathan is a director and teaching artist with Camp Broadway, TADA!, the Yip Harburg Foundation’s “Rainbow Troupe” and BRAVO’s “On With the Show.” He directed Much Ado About Nothing and Tartuffe for New York’s Sonnet Repertory Theatre and Spring Awakening for Brooklyn College. Jonathan holds a BFA in Acting from the University of the North Carolina School of the Arts and an MFA in Directing from Brooklyn College. 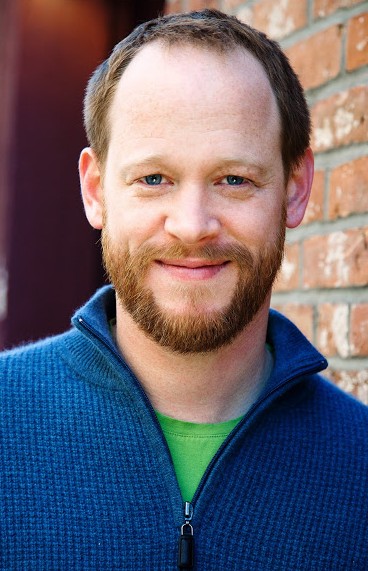 BEN LOVING (Doc) is thrilled to be making his Depot Theatre debut in Savin Up  Some favorite roles include Pistol in Henry V , Tom in Fat Pig , and Jim in Pump Boys and Dinettes. Film and Television work include Martin Scorcese’s The Wolf of Wall Street and Amazon’  Alpha House . He has also appeared a whole slew of commercials. Ben is a proud graduate of the College of Charleston and holds an MFA in Acting from Penn State University. 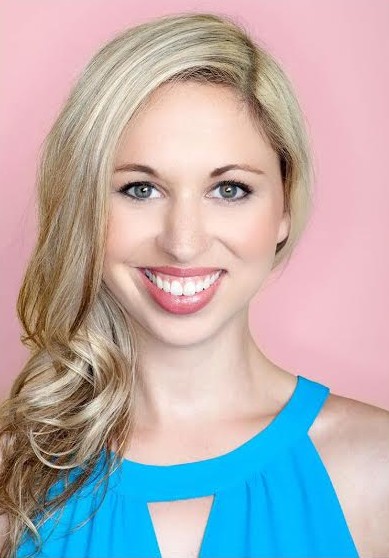 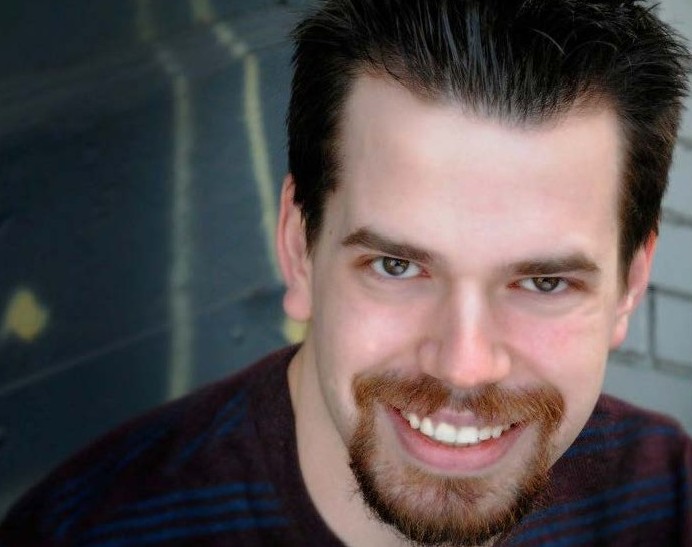 JOE SCHERMANN (Music Director) returns to the Depot after music directing My Way and Pete ‘N’ Keely last summer, as well as music directing and performing in its productions of Riffin’ and Tappin’ and Wicked City in 2011. Joe has acted as musical director and supervisor for numerous cabarets and workshops in NYC as well as regional productions of Guys and Dolls, Batboy, White Christmas, Best Little Whorehouse…, Smokey Joe’s Café and Grease. In 2012, he wrote the music and lyrics for and starred in the award-winning indie film musical How Do You Write a Joe Schermann Song?. Other composer/lyricist credits include Seeking Sondheim (WVMTF, NYC, Jerron Herman lyricist), Training (Elements Theatre, Santa Barbara, CA), as well as Roulette and Dex A Killer Musical, which each had their first reading and workshop respectively in New York City last summer (the latter of which also featured Joe in the lead role of Dexter Morgan).

KATHRYN MARKEY (Director) was born on the Vermont side of Lake Champlain and is happy to be at the Depot! Directing credits: Fiddler on the Roof, Over The Pub, Around the World in 80 Days, Fox on the Fairway (St. Michael’s Playhouse) Deathtrap & Boeing, Boeing (Mason Street Warehouse) South Pacific & Carousel at the New London Barn, Ragtime at the White Plains Performing Arts Center and David & Goliath at Merkin Concert Hall. Performing credits range from Broadway (3 From Brooklyn) to many NYC and regional stages including The Alliance, Symphony Space, Bay Street Theater, Pennsylvania Stage, Gayfest NYC, Northern Stage, The Emelin and Penguin Rep. On-screen: Law and Order, Premium Blend, All My Children, Filmic Achievement, DutchWest TV, CollegeHumor and Amateur Hour. Kathryn is the creator of the satirical country band The Chalks, seen and heard regularly in bars, on TV and the internet.

HADMAR DESIGNS (Scenic Designer)  is a newly created design co-operative thrilled to make its theatrical debut at the Depot.

DEBORAH HOBSON (Costume Designer) is a NYC based costume designer who has worked in New England and New York for the past 16 years in both theatre and film.  She is currently the Staff Designer at the TDF Costume Collection, and has been an adjunct professor at Brooklyn College, and an instructor at Boston University.

KATI LONG (Stage Manager) Kati is thrilled to be working with the Depot Theatre. Hailing from Arizona, she also works as a Stage Manager and as a Master Electrician. Previous stage management credits include: New York City – ZWERGE, Cymbeline, Purchase of Manhattan, Romeo & Juliet; Southwest Shakespeare Company – King Lear, As You Like It, A Christmas Carol, Much Ado About Nothing, The Importance of Being Earnest, and Titus Andronicus. Lighting credits include: Mesa Arts Center – Phoenix Southwest Ballet, 2 Cellos, Gruffalo’s Child, Imagine Ocean, Potted Potter.

Celebrate Opening Night on August 21 with a toast immediately following the performance with the cast and crew, staff and board. (While the toast is free, tickets to the performance are required.)

Depot Dialogue: Join the cast and crew after the 5:00 performance on Sunday, August 23, for a moderated discussion about the show. Sponsored by Stewart’s Shops.

The Depot Theatre Hootenanny at The Hotel: August 29 from 5:30 pm to 7:30 pm at The Westport Hotel and Tavern. This even will celebrate the Depot’s 37th season of bringing professional theatre to the Adirondacks and will include live entertainment. Tickets are $50.

SAVIN’ UP FOR SATURDAY NIGHT

ABOUT: Savin’ Up for Saturday Night

Y’all know lovin’ ain’t easy in a small town. Two best friends fall for the same lady, while a spit-fire ex-wife kicks up her heels threatening the harmony of “The Ready Bar & Fill” the town’s one-stop honky-tonk and auto body shop. You’re in for an evening of showstoppers and toe-tappers, cat fights, and love quadrangles that keeps the joint jumpin’ till way past last call.

TICKETS: Tickets for Savin’ Up for Saturday Night are $29 ($27 seniors/students) and are based on availability. A $1 facility fee will be added to each ticket to help defray the cost of maintaining our historic theatre.

Tickets may be purchased online at depottheatre.org, by phone at 518-962-4449 or at the Box Office window at 6705 Main Street in Westport. The Box Office is open every day from 1:00 pm – 4:00 pm and is open until showtime on performance days. Closed Tuesday. 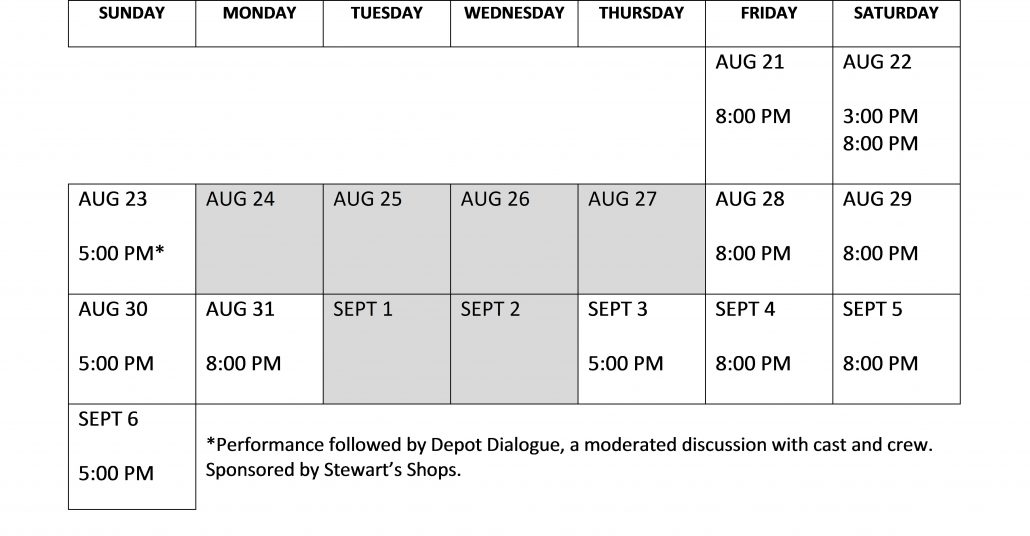 For full details about the 2015 season, visit: http://depottheatre.org/main_stage/